It’s all about saying “Yes.” An interview with Phil Madeira.

Lenora Rand, author of the blog Spiritual Suckitude, who will be leading a workshop about finding the holy in our stories at Wild Goose this year, caught up with him this week to ask a few questions.

Lenora: In your 2012 album, Mercyland, Hymns for the Rest of Us, Paste magazine said, you coaxed “the divine from plain dirt.” Christianity Today said you captured “…the vulnerable exchange between hurting humans and a holy God.” And Evangelicals for Social Action, said, your music called us “…to live today in a way that brings heaven a little closer.” Wow. Is that what you set out to do?

Phil: Mercyland Volumes 1 & 2 were created as a response to the hysteria that continues to be stirred up by American fundamentalism, all in the name of Jesus.  Look at the so-called “religious freedom” laws being passed in the South in 2016.  I started the first Mercyland in 2009, writing with and recording the then-unknown Civil Wars.  “From This Valley” is all about  the outcast, the orphan, the invisible community that Christ spoke of often.  Emmylou Harris’ willingness to participate in both records gave credence to what I was doing, both musically and philosophically.  My intention was not to make a Christian music record, but to just make the statement that God loves everyone.  To that end, I succeeded.

Lenora: A lot of people might call Wild Goose a festival “for the rest of us.” Do you think of it that way? What drew you to Wild Goose in the first place? What keeps you coming back?

Phil: I was invited to play songs from Mercyland, as well as my own brand of roots music in 2012, I think, the second year.  What drew me was the opportunity to share my music.  What I found there was an interesting mix of folks trying to rescue a faith that has been politicized, nationalized, and de-sanitized by the status quo.  While there, I made vital relationships, including the woman who signed me to a book deal.  You never know what saying “yes” to the unknown will yield in your life, but in my case, I’ve been back every year for more of the same kind of community building. 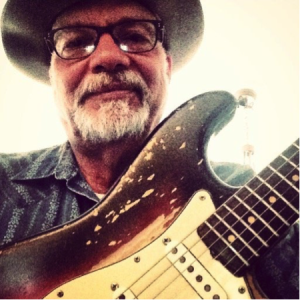 Lenora: The theme this year at Wild Goose, “Story,” is all about bringing our stories together and seeing what happens when they rub up against each other. As someone who’s co-written with lots of musicians in your career, what’s the value of coming together and co-creating?

Phil: Co-creating is important to my very survival.  In the endeavor to get songs to the masses, I’ve found that writing a song with another person will always make the meaning more universal.  The co-written song becomes less about me and more about us, and usually that makes it much more resonant with a larger audience.

Lenora: Why did you agree to help curate the Wild Goose Festival’s Songwriting Contest? Why is this a good thing for the Goose to do?

Phil: The invitation benefits the Goose as well as the songwriter.  Who knows what bright light will shine from some unknown corner of our world?  Who knows what wonderful message or melody might emerge when we invite the unknown into our midst?

At our Mercyland Songwriter Workshops (this year in Hot Springs NC July 17-21 by the way), we’ve continually discovered those kinds of voices and hearts.  Because I’m often in the thick of unknown writers, I see it all the time, and I know that the Goose is in store for some wonderful new music.

Lenora: It’s pretty scary to put yourself out there as an artist and share your work with others, especially when they’re not your family and friends who are mostly fairly nice to you. Why do you think it could be a good thing for aspiring songwriters to submit a song to this contest? Besides the fact that they could win a lovely Republic 317 mahogany Parlor Resonator guitar, of course.

Phil: Allow me to answer with a story:
A few years after Emmylou invited me to be in her band, I found an album cover I had designed for a graphics class I’d taken in college.  At the time, I had no record to put in the sleeve, so I filled the credits with the great session players of the day- Lee Sklar, Russ Kunkel, Al Perkins, and others.  Thirty years after making this cover, I looked at those credits and realized I had played with every single person I’d written down in that waking dream.  What really blew my mind was reading Emmylou’s name among them!  At 21, I had dreamed big and then forgotten all about it.

I often share this story with people who are afraid to dream the kind of dream I was dreaming as a young man.  Wild Goose is offering the opportunity to share a dream, that impossible story that is waiting to be lived out.  If someone’s dream is to be a songwriter, here’s an opportunity to make it come true.  Again, it’s only a matter of saying “yes.”

For info on Mercyland Songwriter Workshops, go to
http://www.writingcircle.org/mercylandsongwriterworkshop/