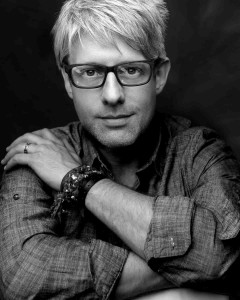 Matt Maher, a Grammy nominated musician whose latest release, Saints and Sinners is a call for social justice rooted in the work of historic faith leaders such as Archbishop Oscar Romero, Martin Luther King Jr., St. Therese of Lisieux, and Mother Teresa, joins the 2016 Wild Goose opening night experience! Many Goose faithful have been asking for Matt for years and we’re excited that we’re finally able to get it done!

Here’s Matt giving the backstory of Sons & Daughters one of the song and his self-described centerpiece of the album:

Moving to Nashville, the South, I encountered a greater understanding that so much of the American tradition of music was born out of the slavery movement- rock ‘n’ roll, gospel, country, R&B, hip-hop. It all goes back to a group of people who were enslaved and who desired freedom. I had been wanting to write a song based on the speech ‘We Shall Overcome’ by Dr. Martin Luther King. I asked a buddy of mine – fellow worship leader and songwriter Ike Ndolo, who grew up in Columbia, Missouri – to write with me.

I took what we had started, and asked Ike to, ‘Draw from your experience as an African-American male living in the shadow of the civil rights movement still praying for all those things to bear their fruit.’ It’s really the job of the church today to finish what was started in the ’60s. Just because you can outlaw racial discrimination doesn’t mean you get rid of it. This heart behind this song was to inspire other people. I have to think that there are other leaders in the church right now who have a burden on their heart to help lead a movement like this. I think it’s the centerpiece of the whole record; it’s a really special moment.

Root for Matt at tonight’s Grammy’s, buy your Wild Goose tickets, tell others about the Goose, and get ready for a wild time this July 7 through 10 in Hot Springs, NC!

How free is anyone, when some are still in chains
Slaves to brokenness, all this blindness
How free is anyone, when all these doubts remain
In the dead of night, no sign of the light
Child don’t grow weary, soon we will see the sun
All my brothers help each other
All my sisters walk together
No one is a stranger
We’re all sons and daughters
Join hands with everyone, don’t you hear the song we sing
Oh there might be tears, but we are more than our fears
We are marching on, but there’s a price we have to pay
For love means taking on, the weight of what was won