Spoken into Being: Divine Encounters through Story

Everyone has a story and everyone can tell their story. Just by living our lives we are creating stories every day, and those stories collect around certain people places and things the way iron filings constellate around magnetic poles. Some of those stories are sacred stories, revealing divine encounters, communicating the presence of the holy in our midst. This presentation will explore the people, places and things that are magnetic poles for encounters with the divine in our lives. These stories gather around our windows into God, our sacred places, and our holy relics. Participants will have opportunities to share stories with a partner or two. Together we can develop some basic storytelling skills as we unearth some of the divine encounters that surround us daily. 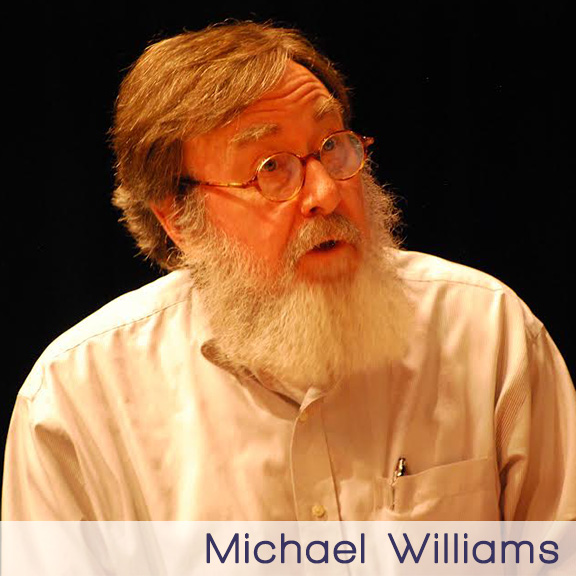 Michael Williams was educated at Vanderbilt University, Garrett-Evangelical Theological Seminary, and holds a PhD from Northwestern University. Michael has been a featured teller at the National Storytelling Festival in Jonesborough, Tennessee, and has taught workshops on writing and storytelling across the country. He is the author or editor of twenty-one non-fiction books, most recently Spoken into Being: Divine Encounters through Story, Upper Room Books, 2017, and has written three plays that have been produced. His poetry chapbook, Take Nothing for Your Journey, was published by Finishing Line Press, and FLP will publish his second chapbook, The Khristos Cantos, in 2017. His work has been nominated for a Pushcart Prize, and, while he was a student there, a collection of his poems was awarded the Academy of American Poets Prize at Northwestern University. He serves at Writer/Storyteller-in-Residence at Martin Methodist College in Tennessee.