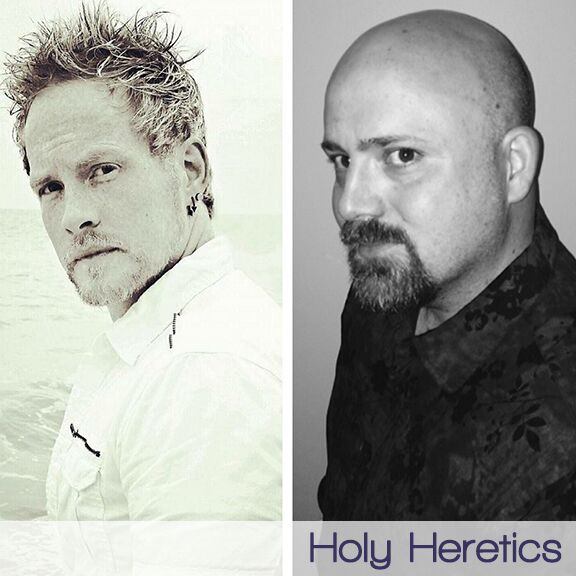 Jon Scott and Scott Watkins both grew up in the Bible Belt of America. Having been raised in evangelicalism, it is of no surprise that both became full-time, paid pastors at a very young age. However, both began to feel a holy discontent with the religious system that they had always known as it seemed to provide more bad news than good news. Scott and Jon quit pastoring, left evangelicalism, and after a few years decided to start a podcast – Holy Heretics.

Through the Holy Heretics podcast, Scott and Jon speak freely regarding their view of the Jesus message, which they believe transcends all religion. Because they believe that everyone belongs and that humanity is one, their message is one of love and inclusivity, especially for those who have been wounded by religious institutions. They release episodes weekly with alternative theology for spiritual misfits.