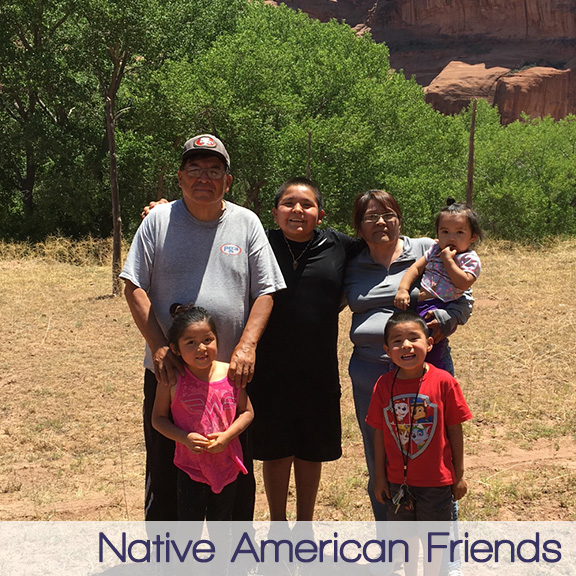 Native American Friends
Ya’at’eeh, Greetings! We are the Henry family. We are Dine, mostly known as Navajos. We originally come from a place called Spider Rock, which is apart of Canyon DeChelly, in Chinle, Arizona which is the Central part of the Navajo Nation. My name is Andreana Henry. I live in Fort Defiance, Arizona, approximately 15 minutes from a well-known place called Window Rock, Arizona of the Navajo Reservation. I’m a mother of two boys, Keaden whom is 12 years old, and Kenyon, who is five years old. My parents have four kids, five grand-children and one great-grandchild. My dad is a Silversmither and my mom makes beaded jewelry. This how they made a living and how they brought us up. This is our family. We are told not to forget where we come from. We are proud of who we are and where we come from as a Family. Ahe’hee!