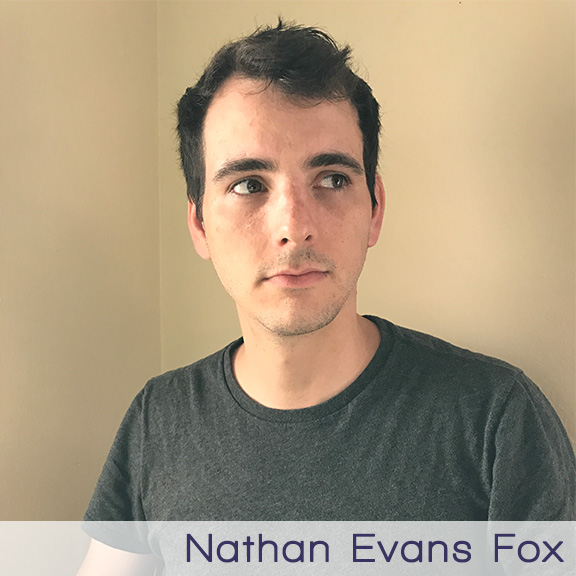 Nathan Evans Fox is an Americana/folk musician from Glen Alpine, North Carolina, where he grew up surrounded by country, folk, gospel, and Americana. These roots form the rich undercurrent of his music, which combines bluegrass riffs, folk stories, and religious imagery with unorthodox layers of sound and a heavy dose of wit. Fox has been writing music for ten years, experimenting with a variety of genres and learning new instruments along the way. He has collaborated with other artists as a fiddle player, guitarist, and vocalist. His lyrics confront political, religious, and personal inconsistencies (even his own), but also offer a meditation on what it means to live with and love another. Fox wrote, performed, and produced his first full-length album “Home,” which was released in January 2017. He lives in Houston with his best friend/wife Elizabeth and their dog Maisie.