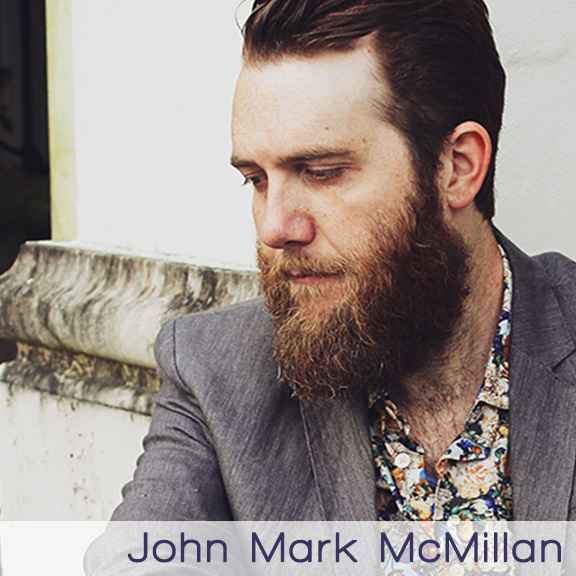 A singer songwriter who’s not afraid to explore difficult subjects. His songs, delving into deep waters are described as, “…an ongoing dialogue with God, ever-wrestling for some kind of blessing and usually at volumes most suited for rock clubs.” John Mark McMillan has performed as a solo artist for over 10 years and launched his own record label, Lionhawk Records, through which he released his latest full-length album Borderland. Don’t miss Mercury & Lightning, his upcoming release.