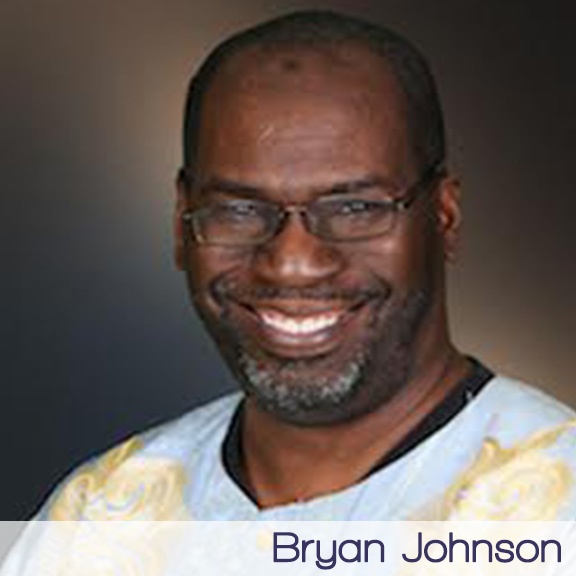 The Trinity UCC Gospel Choir directed by Bryan Johnson
Bryan Johnson is the Executive Director of Sacred Music and Movement at Trinity United Church of Christ in Chicago, IL. Under Bryan’s direction, leadership and teaching, all genres of African American sacred music – from the drums and complex harmonies of West Africa, to the Afro-Caribbean rhythms of the West Indies, to the jazz and blues influences of the southern United States, to traditional, contemporary and neo-soul forms American gospel – are performed by Trinity’s choirs and liturgical groups. He is the executive producer of “Stay Connected”, Trinity’s latest music project, which debuted earlier this year at #5 on Billboard’s gospel charts.
A native of Chicago, Bryan received his Masters of Music Education from VanderCook College of Music. His family roots from Jamaica, Barbados and Louisiana helped form the foundation of his musical prowess. He is heavily influenced by gospel greats such as Charles Clency and Thomas Whitfield. Other musical influencers include Dave Grusin, David Foster, and other jazz, and rhythm and blues, and soul artists.

Since 1990 he has been married to his wonderful wife, Joi Buchanan-Johnson.