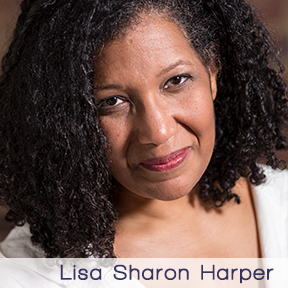 Lisa Sharon Harper
Through preaching, writing, training, network development, and public witness Ms. Harper engages the church in the work of justice and peacemaking. As Chief Church Engagement Officer at Sojourners, Ms. Harper manages Christian networks and develops coalitions focused on racial justice, environmental justice, foreign policy, and evangelical public witness. Having earned her masters degree in Human Rights from Columbia University in New York City, Ms. Harper’s books include: Evangelical Does Not Equal Republican…or Democrat (2008); Left, Right & Christ: Evangelical Faith in Politics, co-written with D.C. Innes (an evangelical Republican who is also a Tea-Partier), (2011); and Forgive Us: Confessions of a Compromised Faith (2014). Ms. Harper’s most recent book, The Very Good Gospel, was released this past June 2016.Ms. Harper was named “#5 of the Top 13 Women to Watch in 2012” by the Center for American Progress, was awarded the 2013 Faith and Justice Leadership Award by the National Black Women’s Roundtable, was awarded the National Council of La Raza Capital Award for Public Service in 2013 and was recognized in 2015 as one of “50 Powerful Women Religious Leaders to Celebrate on International Women’s Day” by the Huffington Post.”

The Very Good Gospel
Shalom is the ‘very good’ in the gospel. Grounded in the story of God and all creation, The Very Good Gospel journeys from Genesis to Revelation, exploring God’s original intent for a thriving world in light of today’s headlines. Discover the way to reconciliation with self, within families, across ethnic groups, genders, and nations, and between humanity and the rest of creation. Through a careful exploration of biblical text, particularly the first three chapters of Genesis, in The Very Good Gospel Lisa Sharon Harper shows us what “very good” can look like today—in real time.