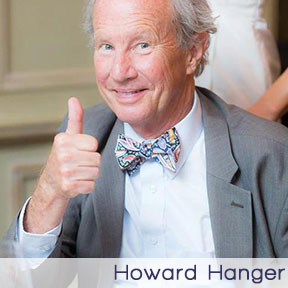 Howard Hanger
One reviewer described Howard Hanger as more of a verb than a noun. Howard describes himself as A.D.D. For more than 30 years, Howard Hanger served as an ordained minister in the United Methodist Church. He left the denomination so that he could continue to officiate same-sex ceremonial unions. Both his father and grandfather were Methodist Ministers, one of whom left the church over his opposition to war and the other got into trouble with the church over his pro-civil rights stance. Howard believes that, as a minister, his mission is to bless and encourage love wherever he finds it and to bring love where it is not.

Earth Liturgy: The Blessed Mess
Howard Hanger and Matthew Fox will lead us in an interactive liturgical experience rooted in care for creation and honoring the “blessed mess” we humans find ourself in.