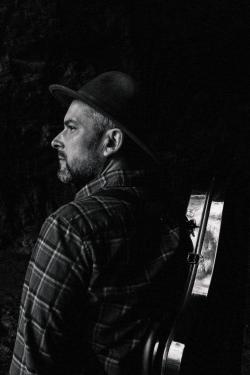 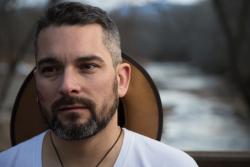 ….(His) songs reflect a maturity in songwriting that is comparable to the best the Americana genre has to offer. - Vincent Wynne / www.listennashville.com  2019 FINALIST: Merlefest Chris Austin Songwriting Competition-Bluegrass 2019 FINALIST: Rocky Mountain Folks Fest Songwriter Competition 2019 FINALIST & 3RD PLACE WINNER: Songwriter Serenade 2019 AMERICANAFEST SHOWCASING ARTIST WINNER: 2014 L.E.A.F. Festival New Song Singer-Songwriter Competition, WINNER: 2ND PLACE-2014 John J. Jarrard Music Foundation Songwriting Awards, 2015 ALT. FINALIST: Telluride Bluegrass Festival Troubadour Competition, 2014 REGIONAL FINALIST: 2014 NEW SONG 13th Annual Songwriter Contest, FINALIST: 2014 24th Annual Rocky Mtn. Folks Festival Songwriter Showcase, FINALIST: 2014 Eddie’s Attic 40th and 41st Bi-Annual Open Mic Shootouts, FINALIST: 2009 Chris Austin Songwriting Competition-Merlefest  Wyatt has shared the stage with: INDIGO GIRLS, JIM LAUDERDALE, AMY RAY, PATTY LOVELESS, SHAWN MULLINS, CHELY WRIGHT, TY HERNDON, RANDALL BRAMBLETT, MICHELLE MALONE, THE SPIN DOCTORS, JENNIFER KNAPP, ANGEL SNOW, THE GRASCALS, CLAIRE LYNCH, SETH GLIER, HANNAH THOMAS, THE GOOD GRACES, ALICE PEACOCK, THE WHITES, THE GREENCARDS, TIM O'BRIEN, SAM BUSH, LARKIN POE, VON GREY, TRINA MEADE Recently, Wyatt Espalin returned to his roots to live at the rustic campground where he was raised by his grandparents in the North Georgia Mountains. There he found a setting that would inspire “DIAMONDBACK” (due for release 1/11/20), a collection of mysterious songs that gives his audience a bird’s eye view of an artist rediscovering himself. Like a ghost-writer in his own autobiography, the former frontman of Americana group Trees Leave approaches these song as an outsider looking in at his own stories. Taking it all back to the beginning has left the fiddler/singer and champion clogger evaluating where he came from and trying to recognize who he has become. After releasing his solo debut album “Songwriter/Singer” in 2015, Wyatt went on to win the 1st Annual New Song Songwriting Contest at North Carolina’s popular L.E.A.F. festival. He has also spent the last couple of years sharing the stage opening for some of his songwriting idols Indigo Girls, Jennifer Knapp, Kevn Kinney, Chely Wright, Michelle Malone, Shawn Mullins, Patty Loveless, to name a few. During his performances, the haunting, intimate songs juxtaposed with the hilarious stories that he shares in the banter between them create a beautiful tension. It may not always be clear who Wyatt is addressing in his songs, but maybe this line from the last verse from the last song from last year’s record “The Last Leaf” can give some insight: “It won’t phase me if you never hear these words. See, I wrote them down for me, a way to measure up my worth.” The listener will be glad that he chose not only to write them down, but to share them with us all.