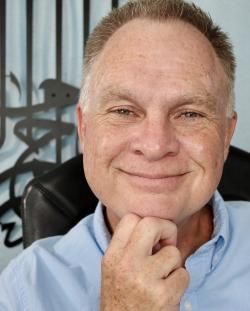 Dr. Jeff Burns, a recovering evangelical/charismatic Christian and former minister, shares about his peacemaking journey with Muslims in the U.S. and abroad in a series of popular stories that he has shared worldwide in churches, mosques, and synagogues. Jeff has been a peacemaker between the Muslim and Christian communities since 2005. As a charismatic pastor, his world got rocked. He became a peacemaker and friend to Muslims when he discovered the core message of Jesus, which is loving our neighbor and treating other people the way we desire to be treated. His stories have given a lot of hope to people. He lives in Carolina Beach, North Carolina, with his wife of 35 years, Oceana, and their fourteen-year-old beautiful, energetic daughter Olivia. When Jeff is not working and traveling, his greatest joy is bodyboarding with his daughter at low tide and writing. During Jeff's sixteen years as a peacemaker between Muslims and Christians, he developed a practical Muslim/Christian reconciliation model called The PEACE PATH Model. Christians and Muslims around the world have used his model to create Communities of Reconciliation. You can download The PEACE PATH Model for FREE at the following link: https://mailchi.mp/d217a901a836/thepeacepath. Also, Dr. Burns was asked by Brian Allain to write a chapter about his peace model in the recently published book, How To Heal Our Divides: A Practical Guide. Over 30 other activists and peacemakers, including Brian Allain, Shaine Claiborne, and Brian McLaren, contributed to this amazing and practical manual to change the world.