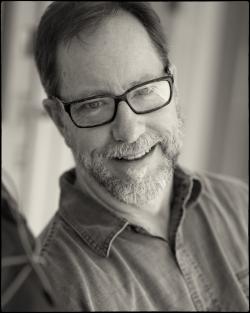 Charles Pettee is a bluegrass musician born in western NC, where he learned the oral tradition of Appalachian mountain music. 20 years ago, his bluegrass group, The Shady Grove Band, was at the pinnacle of their 30+ years of touring the US and Europe, recording for the prestigious Flying Fish Records label. Touched by God’s love, Charles experienced a conversion to Christianity back then, and began reading the Bible. The Jesus he read about in Luke’s Gospel was nothing like the Jesus he had heard about from conservative or even mainline Christian politicians and pundits, (adherents to what author J. Wilson-Hartgrove has described as “slaveholder religion”). To Charles, such a presentation of Christianity had for too long kept him blind to the real Gospel, which announces freedom to captives, bread for the hungry, and love for all. Jesus, Charles learned, was raised on the Psalms, (like anyone in Galilee), and Charles wanted to experience the Psalms in a similar way – as folk songs, as a part of daily life. What he discovered in the Psalter was an amazing, confounding, wonderful compendium of praise, hope, despair, outrage, wisdom, and Gospel love, which challenged and inspired his songwriting craft. He produced one album in 2003, “Steady Love – A Collection of Psalms,” and it was widely acclaimed. The band was invited to play at MerleFest, the largest acoustic music festival in the US. Other gigs came in, and the recordings proliferated. The same group of musicians, more or less, have continued with FolkPsalm, despite relocations and job changes. The group now boasts four full length albums of “folkpsalms” “Charles Pettee is a superb musician and a gifted lyricist, and possibly his rarest gift is the ability to render biblical texts – psalms and stories – into American musical idioms, folk and bluegrass. He is a powerful interpreter of Scripture in his own right, and his music has greatly strengthened my agrarian readings of the Bible. With strong conviction and sometimes wry humor, he delivers a message about the incomparable value of healthy land, a message that faith communities urgently need to hear and communicate to others.” (Prof. Ellen F. Davis, Duke Divinity School)