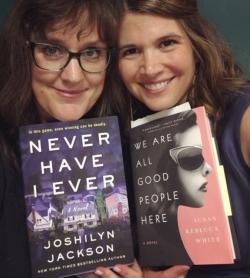 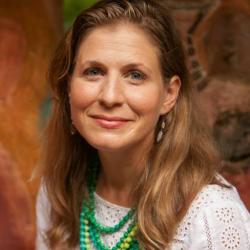 New York Times and USA Today bestselling novelist, Joshilyn Jackson, is the author of ten novels including gods in Alabama, The Almost Sisters, Never Have I Ever, and Mother May I. Jackson lives in Decatur, Georgia with her family. She is on the board of Reforming Arts, through which she teaches literature and writing to incarcerated women in Georgia. Susan Rebecca White is the author of four critically acclaimed novels, including A Place at the Table and We Are All Good People Here. Her essays have appeared in The Bitter Southerner, Tin House, Salon, and other publications. Susan lives in Atlanta with her husband and son. Through her church's relationship with El Refugio, she visits detained immigrants at Georgia's Stewart Detention Center. Beth Waltemath worked at both Random House and Hearst magazines before leaving publishing to attend Union Theological Seminary in New York City. A Nashville native, she now lives in Decatur, Georgia where she is co-pastor of North Decatur Presbyterian Church, and continues to write. Her essays have appeared in The New York Times, The Washington Post, and other publications. Her pastoral work puts her at the forefront of peace and justice efforts in Georgia.