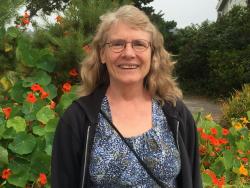 Susan Miller has been a student within the Sufi Order and the Sufi Islamia Ruhaniat Society since 1975. She has studied leadership of the Dances of Universal Peace since 2004 and began studying with Sufi teacher and Aramaic scholar, Saadi Neil Douglas-Klotz, in 2008. She began teaching the Aramaic Lord’s Prayer and Beatitudes in Lawrence, Kansas and surrounding communities in 2011. She has studied within the Gnostic Order of Christ since 2005 and was ordained as a minister within that order in 2014.