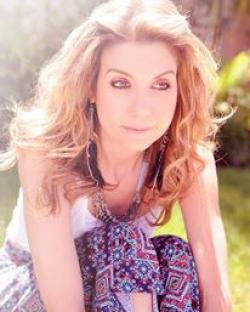 Randi Driscoll is an award winning singer/songwriter and actress whose original music is a blend of piano driven singer/songwriter with elements of pop and country. Her music, which often addresses social justice issues, has been featured in film television and a commercial directed by Spike Lee in which Randi also appeared. Randi has shared the stage with a wide range of artists including Pat Benatar Dar Williams Bruce Hornsby Bonnie Raitt Anthony Rapp Jason Mraz and Dave Koz. Randi is perhaps best known for her original song “What Matters” has been featured in several stage productions films and documentaries and proceeds from the song support the Matthew Shepard Foundation an anti-hate charity. A film about the making of Randi's song What Matters has earned several awards and the song itself was named one of the top Pride Anthems by the Advocate Magazine. From March August or 2020, Randi and her family did a live show from her home in Nashville TN, for seventy consecutive nights, followed by four concert specials and twelve nights of virtual Christmas concerts! Randi is a strong believer in community, and togetherness! Randi has released several independent cds, and most recently has won mentionable songwriting accolades including, Top Writer Series, Nashville, TN, New Song Contest, AAA category and Best Love Song, (Betty Lou’s Lounge) for her newest release, Happy Hour in Heaven.