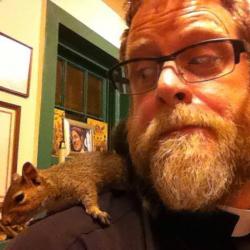 Michael Chaney is an Episcopal priest, filmmaker, and professor of Film and Television at SCAD in Savannah, GA. His films and time based media projects have been exhibited internationally. As an educator and specialist in short film form he has been working with emerging storytelling platforms such as virtual reality (VR) cinema and interactive social media.