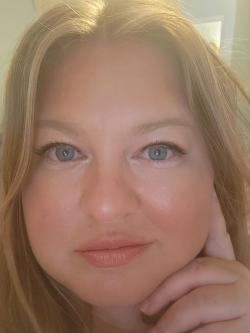 Megan was raised in conservative Evangelical churches at the height of the purity culture movement. She remained devoted to her faith and found joy in cultivating a personal relationship with God, as was encouraged by her Evangelical tradition. While in college, she began to feel a growing disconnect between what she had been taught, what she had come to believe, and what she saw in The Church. It became harder to reconcile her faith with the Evangelical worldview, and she began to question whether she still had a place within Christianity. Over the years, she has leaned into the work of deconstructing her faith, which she has come to believe is holy work. She has found contentment in the unknown, and believes it to be fertile ground for growth. She is passionate about holding space for and being in community with others who are experiencing shifts in their faith.