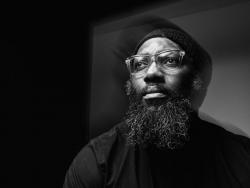 Jason Eskridge was born and grew up in Rockwood, TN. After high school he attended college at Tennessee Tech University, where he played football and received a Bachelor of Science degree in Mechanical Engineering. He accepted a post-graduate engineering position in Huntsville, AL, but couldn’t shake his passion for music. So he packed up, left Huntsville, and moved to Nashville, TN where he currently resides. Since moving to Nashville, Jason has worked either as a background vocalist or opening act for countless award winning acts such as Zac Brown Band, Lyle Lovett, Gladys Knight, Randy Travis, Jonny Lang, Keb Mo’, Taj Mahal, Nicole C. Mullen, Marc Broussard, Robert Glasper, and Toby Mac. He has also been featured as a guest vocalist on numerous projects. He has also had the opportunity to take his music abroad to South Africa, Amsterdam, India, and England. Jason currently hosts Sunday Night Soul, a bi-weekly soul music series in Nashville and tours regularly while prepping his next indie release on his label Rustic Soul Records. “My desire as a musician is to create music that causes the listener to love God, love themselves, love their fellow man, think harder, think deeper, think broader, laugh until they cry, laugh when they want to cry, try something new, remember something old, and ultimately live life to the fullest.” – je