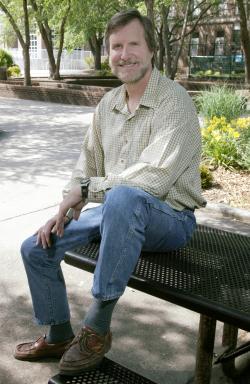 Dr. Calvin Mercer is Religion Professor at East Carolina University. His seven books and numerous articles are in religion and culture, with emphasis in the past two decades on the religious and social implications of radical human enhancement technology. He is co-editor, with UK scholar Steve Fuller, of the series Palgrave Studies in the Future of Humanity and Its Successors. He has called for the formulation of “TechPlus Theology,” a Christian theology relevant for the coming world of technological enhancement. Representative recent publications include Religion and the Technological Future: Biohacking, Artificial Intelligence, and Transhumanism, co-authored with Tracy Trothen; and Religion and Transhumanism, The Unknown Future of Human Enhancement and Religion and Human Enhancement: Death, Values, and Morality, both co-edited with Tracy Trothen. Calvin frequently gives public lectures on religion and human enhancement technology.